The team of East Front is really fast in fixing bugs, improvements and adding new things to their total convertion. Alpha 0.3 is released!

Ever wanted to browse through all models from Your Wolfenstein-ET game? Animated and textured? This tool provides the means to see the information stored in an MD3 model-file and it also displays the model in a 3D-view. Once you've loaded a model, all MD3-internal data is listed on.

One day after the release of Alpha 0.1 the EF-team released a update to patch their total convertion to Alpha 0.2.
You can download the update (16 MB) here or you download the patched version (246 MB) here.
Read below the list of changes and fixes.

Finally the team of East Front released their mod in a first public alpha! A lot of nice features like driveable tanks, bot and automatic waypoint construction, new mods and game modes are included.
Join one of their public servers (yes, EF works with ET 2.60b and 2.55) and check out this long awaited mod!
You better download the mod first (236 MB), then extract the folder ef with all the content to the root-directory of ET.

This is a small fun tribute to Doom1's E1M1. Layout is pretty close to the original but with a Strogg theme. Has bot support!Community Enemy Territory
| Servers running this Map

Contrary to Wolfenstein: Enemy Territory, Return to Castle Wolfenstein doesn't support HTTP Downloads in-game. This is where this little application comes in handy. It's a lightweight tool, written in .NET that automatically closes down the game, downloads the map from HTTP and afterwards reconnects you to the server you were playing on.

It works on all versions of RtCW, including 1.0, 1.33 and 1.4, as long as the in-game download system is enabled on both client and server.

The team of East Front released a few news to their website with interesting screenshots and informations.
Two good things: There working on a version for ET and a release is planned for this month! 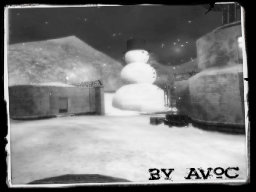 ~ Download ~
Avoc reworked fueldump a bit, the map is npow set into a snowy silent-night scenario with christmas decoration. He also added a few extras into the map like new buildings and smaller changes for the map itself. Allies have to blow up a gigantic snowman instead of the fueldump.

|>B<|Molotov released a scriptfix wich prevents the server is crashing when allies try to autospawn at CP, because some spawnplaces was missing. He added the missing spawnplaces and a few other minor tweaks from ETpro (like 2nd Axis spawn at the truck and a bit more).

Like always, the scriptfix is added into the downloadfile, so please download the map anew so you can add the fix to your server.sl.Rippchen via ICQ
| EFT-Clan 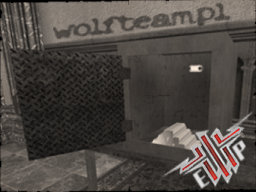 ~ Download ~
An abandoned area on the outskirts of Marrakech is the localization of the germans secret bank. There are missing gold bars which were lost by Allied forces during fights in the Northwest Africa. Now a new battle must take place to decide finally who becomes the new leader of World War 2!

Added a official scriptfix into the downloadfile. 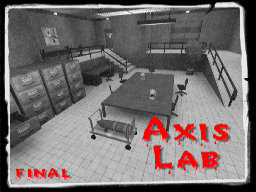 ~ Download ~
The Axis are guarding a top secret chemical weapons laboratory working on equiping long range missles with deadly poisons, but most importantly it also houses the Germans first prototype of a nuclear bomb. The Allies must repair the old truck, infiltrate the facility and escort the nuke out to the truck and drive it safely to the allied line.

This pk3 fixes a scripting issue where the nuke can get stuck.

If you want use the fixes put the pk3 in the etmain directory OR use the mapscript in your mod's directory. |>B<|Molotov|>B<|Molotov via PM
| Servers running this Map 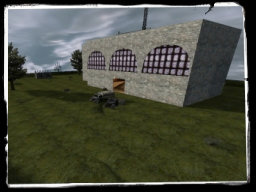 ~ Download ~
The Axis forces are launching a counter offensive on the Island of Alderney. Axis must infiltrate the Allied forward command and destroy the radio before the Allies can call for reinforcements. {GTB} Granny | {GTB} Clansite
| Servers running this Map 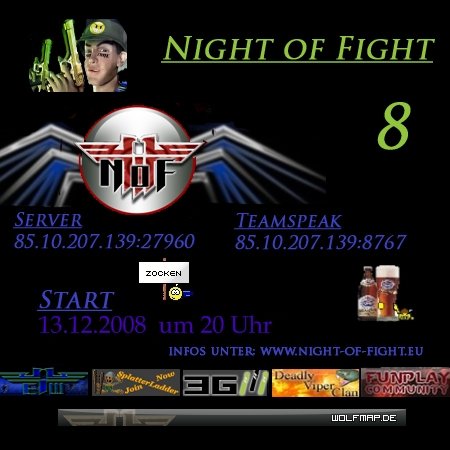 Well, not much to say. 11 objective maps and 18 fun maps, all with the more or less unique japanese style in look and gameplay.
Check them out, I'm quite sure you'll find a map wich fits to your server. 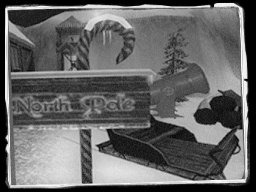 |>B<|Molotov made a fix that the town door is built from the beginning of the map to prevent that the map ends very fast.

Place the pk3 file into the etmain directory or add the mapscript to your server mapscript directory. 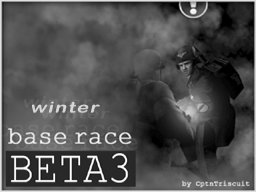 Daniel & Roland made an additional pk3 for this map: 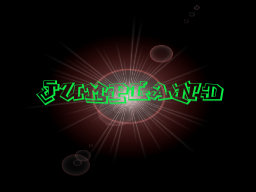 qConnect0r is a script that automatically generates a set of *.cfg-files from your favourite servers so that you can easily connect to them while being ingame without being forced to minimize or quit your game.
Everyone who is sick of minimizing the game to copy & paste the new ip or completely shutting down the whole game to re-connect through a gameserver-browser needs it.

Change the default colors for the ingame-menu to what you like/see the best.

Fight with and against |bTc|, your friends and other players. Dispute for your team and your XP to become the "psycho". The three players with the highest experience points (XP) win fancy prizes. 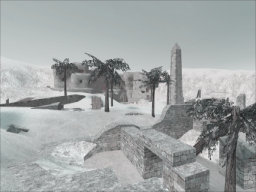 ~ Download ~
The Allies must infiltrate the Axis Oasis garrison to destroy two anti-tank guns: either through the Old City or a flooded cave system. The Axis must protect their anti-tank guns and repel the Allied raiders.

The textures are only changing in this map. Molotov via PM
| Servers running this Map 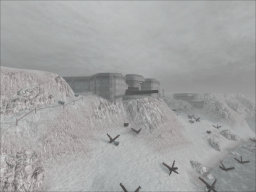 The textures are only changing in this map. Molotov via PM
| Servers running this Map 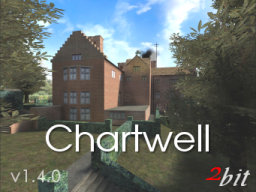 ~ Download ~
Chartwell, England, 1943. Axis have launched a surprise paratroop attack on Chartwell, the home of Winston Churchill, to steal the plans for the D-Day invasion.

This is a small map of 20 mins duration, centred on the Axis attempts to enter the house and obtain the plans, best for 6-16 players per team.

Axis initially spawn at a building nearby, but they can quickly enable their paratroopers to attack by damaging the AA gun or the AA gun controls. With either of these out of action, the Axis spawn location is randomly changed to any location on the map for each Axis respawn. This allows the Axis team to attack from potentially any direction.

Allies need to repair both in order to force the Axis back to the original spawn.

The main Allied spawn is in the basement. There is an Allied-only flag in the pavilion, which if captured gives the Allies the option of spawning outside the house.

To get into the house, Axis must either dynamite the main entrance (non-repairable) or satchel either of the stairwell doors (repairable).

The Key must be taken from the ground floor dining room to the safe in the top floor study. To get into the study either of its doors must have been destroyed (one by dyna, one by satchel, both non-repairable).

On delivering the Key to the safe, the safe door opens and the Plans can be stolen. They must be taken to the Command Post in the grounds, and the Command Post built to secure an Axis victory.

Although all of the windows visible in picture 3 can be broken, getting out of the house with the Plans is a little trickier than it seems, as the broken windows are too narrow to jump through.

In this map Axis Cov Ops can set booby traps at the AA gun and AA gun controls in an effort to safeguard the paratroop attack from interruption. The booby traps are detonated if an unwary allied soldier touches the faint translucent white bar that reveals their presence. Allied Cov Ops can defuse the booby traps. 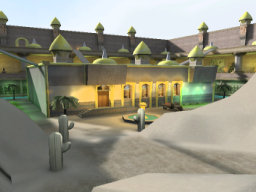 ~ Download ~
Axis have stashed a lot of gold in egypt. Allies have to get the tank and escort it all the way through egypt land. If they do, then they have to take the axis gold back and escape with the truck so the egyptians will have theire gold back.

Changes "Elite Guards" clothes to sexy underwears. Note to parents: Don't worry, they are not naked, just less dressed. Unzip the PAK files inside of the main directory where data files are, and don't rename them, or they will not work. ~William Macau 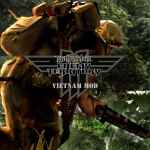 Again a new mod for No Quarter made by pisherman. This time the scenario is set to the war in Vietnam. Because of the larger filesize the mod is splited into three pk3's (one pk3 for the Vietnam-Style, two additional soundpacks, one for weaponsounds and one adds new voicechats), so you can choose what you want on your server. As small bonus every pk3 works stand-alone.
Please take a look into the readme for closer information.

It's supposed to work with all mods. Taken from schaffermod.pisherman via PM

If you ever wanted to play ET in ice and snow, here's your chance.
Every map is changed to a snowy scenario (Fueldump and Railgun are reworked). The playerskins are as real as even possible for me, Axis wear snow- and spring/fall-camouflage, the Allies got trenchcoats in dark colours.
Furthermore I included teamspecific weaponskins and command posts, new flags, nUllSkillZ' V6-Voicechat-Icons and a bit more to make this mod a good one.

If you don't like the new style of Fueldump and Railgun, I made an additonal pk3 which switches the maps back to their original style.

Other snow-maps are not affected by using this mod!

Winter-camouflage for the Axis. Tried to make the playerskins so real as even possible for me.

Use them only for servers with snow-maps only!

18.11.2008 : 15:29
This Funsoundpack made by shagileo includes all of the taunts of the Age of Empires I game. It was created to add some extra AOE fun atmosphere in the game.

This soundpack includes 25 extra voicecommands for the game Wolfenstein: Enemy Territory. It was taken from the game Age of Empires (expansion) game pack.
It's a small filesize that can be used on every server. It does not affect the other standard voicecommands, it just adds two extra menus.shagileo via PM 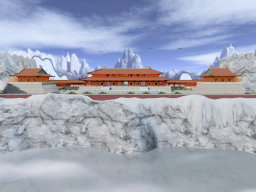 ~ Download ~
You like japanese? This time you can snipe from two japanese towns high up in the mountains. Two mirrored sides with houses. You can cross by jumping in the waterfall and then you will get on ice. In the ice are two holes where you can jump or slide in and then you are on the other side in the waterfall.