This mini-mod made by Pisherman adds FireTeamChat-Commands in normal VoiceChat and many Commands appear with an Icon now.

This is a small fun tribute to Doom1's E1M1. Layout is pretty close to the original but with a Strogg theme. Has bot support!Community Enemy Territory
| Servers running this Map 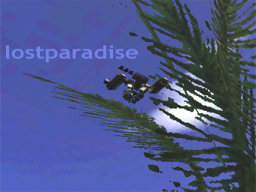 ~ Download ~
LostParadise map is a tropical island. After its colonization, there was build some military structure. In the nature, the buildings, the towers and the airport you can find some good Sniperspots. Conquer one of the rockets for a flight to the spacestation to have a better view over the large terrain. 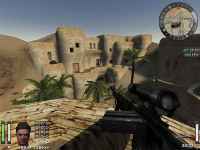 Tired of immortal rambo medics? This will stop them a bit for sure.
This small mod removes crosshair during game. It simply make the game more realistic and harder.

14.11.2008 : 15:00
I created weapon sounds moslty for MP. Theese sounds are not from actual recordings, because recordings don't do any justice to what you would hear IRL. I made theese sounds almost to what I hear at the range, not quite perfect but the fire rates in wolf aren't at all. ~wildturkeyww

As you can see, its a Toolbar. There is also a tray menu if you want to disable the toolbar. Don't worry, this program is very light (6 MB in RAM mermory; 0.5 MB on hard-disk!), it let your CPU and your connection quiet (no CPU and no bandwidth usage)!

This tool uses Autohotkey programation language, so at first install, ETUL will ask you to install it. Autohotkey is clean, safe and light (not as the Netframework thing).

12.11.2008 : 15:31
ailmanki made a scriptfix wich prevents that a player can on one point of the map walk into a wall, hide, see and shoot outta there. The fix is included into the download file. 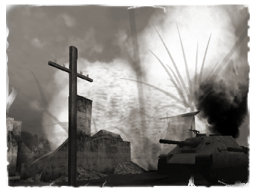 ~ Download ~
Escort the Tank to the Bunker and blow the Doors. Dynamite the Safe and steal the Secret Documents. Build the Fieldradio to transmit the Secret Orders. In this Mission the Command Post is very important cause it activates Spawnpoints near the Bunker.

11.11.2008 : 18:37
Marko just finished setting up the Mappers' DataBase. The aim of the database is to gather all ressources available on different games to help other map makers. This database will host prefabs, textures, shaders, models... They almost got 100 items in the database (mainly Wolfenstein: Enemy Territory maps / prefabs at the moment) and would like all mappers willing to share their work to do so.

The Mapper's Database is available here:

11.11.2008 : 11:50
Molotov released a fix for the map wich makes the tank usable, but still not damageable and he added voice announcments for the main objectives. The fix is included into the download file. 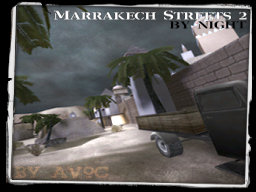 ~ Download ~
Allied intelligence has learned of the existence of Operation His Beard, a top secret project that the Axis top minds have been working on. If the Allied command could get there hands on the information contained within these files it would help them plan for a swifter and more decisive victory in the entire North Africa campaign. The Allies have put together a small strike force to attempt to break through the Axis defenses and steal the documents they are guarding. Needless to say, the Axis soldiers can not allow this to happen, and must defend the town at all costs.

The night version has reached its final version.
A few new areas have been opened up, most significantly the new entrance to the lab and a new "upper" area has been opened by the axis backdoor.
The barb swing gate has been changed into a "neutral barricade" - when axis construct it, it will be a barbwire. When the allies construct it, it will be wooden wall, blocking the way down the road to the lab, providing valuble cover.
The truck has been moved to the left of the tunnel exit giving the axis a better chance to intercept the allies when they steal the objectives.
Apart from that, a few new objects have been placed and some new aesthetical elements aswell.Molotov via PM
| Servers running this Map 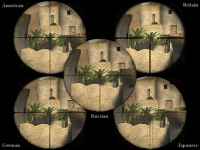 This pack includes five diffrent types of scopes used during World War 2. American, Britain, German, Japanese and Russian. They are copied from CoD5 and converted by IndyJones to W:ET.

A new style for the binocular-sight.

We've spared neither expense nor effort to set up an excellent ranked server for all fans of Enemy Territory: Quake Wars.

Many thanks to the sponsors: 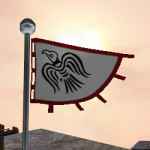 I made this mod just for fun and to show how it's possible to use flags with transparency in W:ET. Feel free to use this mod as base for your own mod, I don't care.

Elitemod is a mod on top of etpub 0.8.1 source code. It does not represent etpub officially or its community in anyway, however if it were not for etpub this mod would not be here. It has several source code changes as well as client side modifications. Most of the changes center around beginning a new class, rearranging weapons, adding AP mines and the GPG44. Elitemod uses a combination of custom, imported and contributed mods. This is a community mod and modders are free to contribute, change or improve on what ever they want. The source code of the final version will be released at some point to solicit more modding, fix bugs, and make improvements.

During WWII the Unites States had a special ops branch which was much like the special forces of today. These were men who dressed according to the occasion ranging from civilian cloths to full combat gear. They were mission oriented and had a broad range of talents. The Reich also had a similar branch which was kept more secret and little intelligence survived the war.

In ET, the special ops is a new player class which is designed to be more fun and versatile. This is a hybrid class, useful in many ways and hell-bent on helping any way they can. They have a unique weapon called anti-personnel mines which can be deployed to safeguard objectives and intimidate the enemy.
In addition to the tools that traditional field ops carry, the special ops have engineering pliers to help construct objectives, a medic syringe to revive players and even heal others (if enabled) and satchel charges to destroy minor objectives.

The special ops do not carry dynamite, med-packs, or landmines. They do not possess the ability to use disguise like the covert ops. They do not use heavy weapons.

This skill replaces the signals skill. It has been modified for use with special ops. Use of the artillery, airstrikes, AP mines, poison needles, and thrown knives increase this skill.

The health system has been changed to give health to players gradually over time and only as their various skills develop. Health no longer has anything to do with how many medics are on the team. This new system is fair to all players and rewards accomplishment.

The Reservist via E-Mail 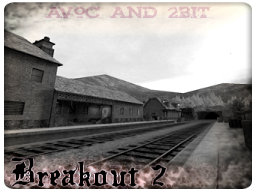 ~ Download ~
Continuing where the previous Breakout left off, the Allies must fight their way through surrounding Axis forces and to freedom.

Allies must escort the tank to the exit rail tunnel to win, starting at a disused mine and then along the railway track to the station.

Axis will try to dynamite the footbridge over the railway to block the tank. If they do, Allies must dynamite the wreckage to clear the path.

At the station the Allies must then build a ramp to lift the tank off the rail track and into the station courtyard. Axis can construct a tank barrier just beyond this, so these objectives are fought over at the same time.

Once past the barrier the tank must go through the tunnel under the railway. Axis will try to dynamite the tunnel to block the road. If successful, Allies must dynamite the rubble to clear the way.

The road then leads into the Axis bunker - Allies must escort the tank through the bunker and out the other side.
The final chance for the Axis to block the tank is a desperate measure - they can destroy their own overhead bunker control room, so that the debris blocks the bunker exit. But this damages and buries the Axis CP located there.

If the bunker control room is destroyed, the Allies have to dynamite the debris to clear the path. This also clears the rubble from the Axis CP, allowing it to be rebuilt.

Finally the tank gets back onto the rail tracks and can escape through the exit railway tunnel.

A little bit of Wolfenstein news, sort of... Endrant, the new 'start up' studio that's working on the Multi-Player aspect of the upcoming (where is it guys!?) Wolfenstein had a little feature in Develop Magazine this month. You can read the full thing by downloading the PDF (free).

Reality skinpack for No Quarter 1.2.0

This skinpack is made for run only on noquarter mod the changes are applyed only on image files without scriptwork this is a tga full quality skinpack all changes are made in high definition with paint shop pro x2 without added compression.

This prefab of a crane was made by 89blitz.

A new nightly build of ETpub was release last week. Should work on any distro.

This mini-mod by ischbinz is made to replace the standard Churchill-tank in all maps where it's used with a Hellcat-tank. 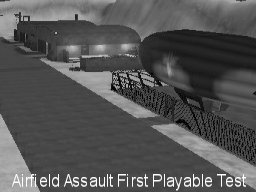 ~ Download ~
The Axis are guarding two trucks with chemical barrels on them, Allied forces have been dispatched to destroy these trucks.

ailmanki made a scriptfix for the map. Read all changes here. SplashDamage
| Servers running this Map

This prefab by 89blitz is a lake with rocky walls. The Brushes used are all flat faced.

How to install:
Just copy the combinedfixes.lua to your server etpro folder and the config files to the etpro/configs.

~ Download ~
A GDF taskforce has landed on the south beach and must fight their way to the north side of the island, so they can open the databunker, steal the activation codes and transmit them. Community Enemy Territory
| Servers running this Map

~ Download ~
GDF have recently gained intelligence that the Strogg have begun work on an Enhanced Railgun (ER) project in a old parcel depot in the deserted English village of Stonybridge. The GDF must break into the depot and steal the ER documents and transmit the data to high command before the Strogg can develop the weapon to devastating effect. If GDF can learn from the railgun technology it could help turn the tide of the war. Community Enemy Territory
| Servers running this Map

Strogg side are limited to melee spike. Strogg bots roam the level randomly. GDF spawn only with pistols and must scavenge the level for pickups - weapons/ammo/supply pack(health/repair) and fuel cell. There is a severely damaged vehicle that must be repaired in order to reach the escape area.
The engineers repair pliers now run off a repair pool, to fill this up use a supply pack. GDF do still have respawns, but since they drop all their weapons/packs, spawn back from where they want to be and they are running against the clock, it's a setback they should avoid.Community Enemy Territory