17.09.2008 : 18:42
ailmanki and isbowhten pointed in this thread in the SplashDamage forum to a few interesting things wich are of use for mappers and modders. Most people will already know it (the tools was made in 2002), but it's not wrong to report about it.

Textures in Quake3:Arena are no longer a simple texture combined with a lightmap, but are fully scripted entities which can be used to control practically every option OpenGL exposes when it comes to texture positioning, transformation, blending and whatnot. To facilitate the creation and editing of such scripts, this tool will parse a script and present it as a Windows GUI which is easier to understand and navigate than the bare C-like text files.

The goal of this tool is to create a new texture that looks "similar" to a given input texture, and tiles. This is easier said than done, so in practice this tool is trying to make the result look similar, and tries to make the resulting image tile. This means that this tool may or may not be useful; it depends on the input image, and some luck with the statistics. Ideally, input images should be true textures : uniform throughout, without macro structures. In practice, some structure is allowed; but still, don't expect this tool to work properly with a pic of your dog.

This tool implements reaction diffusion, a simple technique to generate textures by smoothing them out. The difference with a regular blur filter is that the texture pixels are interacting : pigment flows from one cell to the next (technically 'diffusion', but called 'Smoothing' in React), while at the same time pigment disappears and reappears (the 'Growth'). The net results are textures that have a blobby, sometimes 'viral' look and feel -- and they always tile.

~ Download ~
In this map the GDF are attacking. They must infiltrate a secret Strogg facility where upgrades to the Goliath are being tested and steal the contruction plans. Because the strogg have a tight hold over this part of Europe the GDF's best hope for a secure extraction is through their naval fleet. GDF HQ has planned this mission for night-time when the foggy weather conditions can facilitate an easier extraction.

The GDF aproach the facility via a railroad tunnel to the south. They must then build a safe spot for deploying a platypus they'll use to escape with the plans. Before they can steal the plans, however, they must hack into the security computer deep behind enemy lines to cut off power to the defense turret watching over the warehouse. Once this is done, the GDF have to plant an explosive charge at the warehouse doors. Finally the GDF must take the construction plans to the awaiting platypus and sail away to the awaiting fleet standing off the coast outside of artillery range. Once the mission begins the GDF have 15 minutes to accomplish their goal, because that's the time it takes the Strogg capital ships orbiting Earth to zero in on the location and nuke the site from orbit (just to make sure). QuakeWars.fr
| Servers running this Map

15.09.2008 : 09:16
Hourences currently offers three free textures packs: Pitores, Kraden, and the Nature pack. The packs were primarily made for the Unreal Tournament games, for which UTX packages can be downloaded, but you can feel free to port them over to any other game and engine. There's a JPG gallery available of each pack, allowing you to preview the textures, or simply download just those images you require.

Nearly all of the textures are 1024x1024 large, and all of them tile. The packs do not include normal and specularity maps, but you may feel free to generate those yourself. 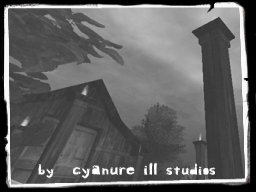 ~ Download ~
To win a team must be the first to hold the objective for a total of 5 minutes. Holding for less than 10 seconds does not count. Mines are disabled.

The fix is recommend for every server which have at least 24 slots/players.

The file was made because "Holding the flag for less than 10 seconds does not count". 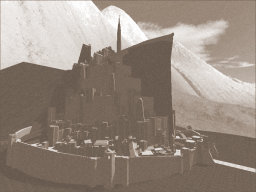 ~ Download ~
The Axis forces, in their desperate search for power to stop the inevitable Allied onslaught, have been working on the ability to travel in time. The Allies, learning of these plans, create a force to storm and capture the Axis laboratories where the research is being done. Unfortunately, the Allies attack during a crucial experiment, and the resulting fighting causes an uncontrollable surge in the equipment, throwing everyone in the immediate area back in time! Appearing six thousand years ago, in a history that was only thought to be mythical, both sides now have a new battleground to continue their war in. Allies must defend Minas Tirith and prevent Axis from stealing the Palantir, a device they could use to communicate with the remnants of the Great Evil that onces plagued this land.

Somebody hate this map becuse its too long (60 min. mission time) and if the teams are unbalanced it could be a boring game if the axis team can't blow the next gate.

This maptime fix could be a solution for this problem:

Plus: Molotov via PM
| Servers running this Map

This mini-mod especially for Railgun gives you less fog and a winter blue sky. Other maps will not be affected by using this mod on your server. 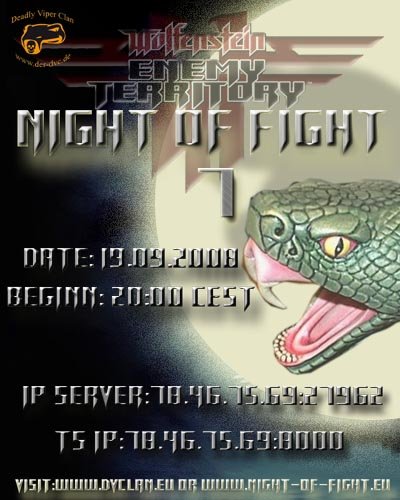 The downloadfile includes two models of the famous Seafire plane; one for static and one meant for flying.

Read the whole Article at:

10.09.2008 : 11:30
ag0n released his collection of tools and utilities wich are needed to make a decent Wolfenstein: Enemy Territory movie. It contents different configs you need to create a movie, a few mods and two pk3's wich help you to raise the quality, one with fixes and the other pk3 includes high-definition textures. All is sorted and explained with a readme file. 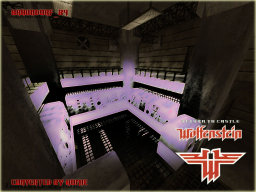 ~ Download ~
Allied Intelligence have discovered a weapon research bunker outside of the town of Braundorf. It is the Allies mission to blow up the gas and electricity control systems, causing overloads which will destroy the facility. RtCW4ever

A part of there forum is reserved to it to talk about the mod. If mappers want to create maps especially for this mod, feel free to help.XtremeGaming.fr 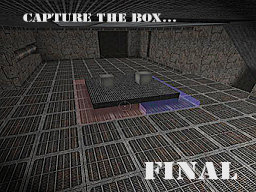 ~ Download ~
Both Axis and Allies teams must capture the boxes and deliver them to the basement as fast as possible. The game will end when one of the teams deliver them all six as first. WolfMap Forum
| Servers running this Map 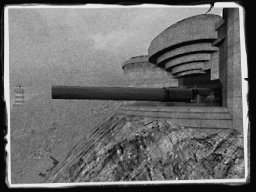 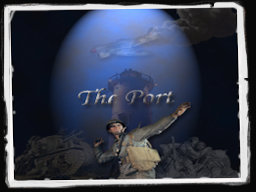 ~ Download ~
The allied forces has to take control over the port bunker and blow the gate that leads to the main area. Axis has to defend the station building in the main area and prevent the allies from stealing the gold and the radar system. Allies has to steal the radar part and gold - and deliver to the truck in the garage, escape with the truck to win the map, axis can prevent a fast escape with constructing two truck barrieres.

The script fixes the following gameplay bug:
When an axis soldier touches the forward flag (Train Center spawn) - direct or accidently - before the allied team blown up the Port Gate, the axis team spawns at the flag and can't defended anymore the Port gate. ~MolotovMolotov via PM
| Servers running this Map

04.09.2008 : 16:24
ETWsk aims to reduce spawnkilling (SK) on public funservers. An SK here is if someone kills an enemy near a fix spawn point. A fix spawn point means that it can not be cleared by the enemy. E.g. on radar map, the allied Side Gate spawn is not fix as the axis can destroy the command post. However, the Main Bunker spawn is fix after the Allies have destroyed the Main Gate. ETWsk does not prevent but it detects and counts SKs for every player. If a player has caused a certain number of SKs, he gets punished (putspec, kick, ban, ...). As the detection of fix spawns is difficult especially on custom maps, little configuration work has to be done.

New with version 0.8 of ETWsk is the community site where you can download and upload spawn configurations for currently 62 maps, so you don't have to define it every time anew if someone already made a lua-module for a map. 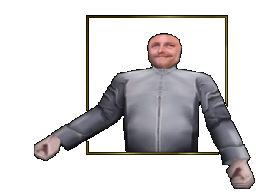 and a couple of other "bugfixes" or "not so good looking changes". 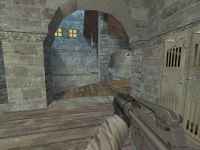 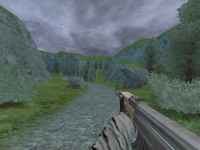 Basically it matches the hitboxes so even though the head is much larger than the original, if you hit the side of the big head it still counts as a hit because of the hitbox size.

To install it, put this pk3 in the mod folder of your server (etpro, etpub, jaymod, noquarter). Wolfenstein Files

~ Download ~
The Strogg have taken over Spirit City. A small GDF force have been dropped outside the city near an old communications bunker. They will have to repair the communications computer to call in an MCP. Once they have escorted the MCP to the compound at the city limits an SSM will fire and attempt to create an access point to one of the buildings which contains a Temporal Generator. It is likely that they will already have deployed some form of shield. In this case covert-ops will have to hack the shield to enable the SSM to hit its target successfully. Once this has been achieved the attacking forces must enter the building and destroy the Temporal Generator. With this Temporal field generator the Strogg intend to travel back in time and destroy humanity once and for all. You must stop them, you must free Spirit City. Community Enemy Territory
| Servers running this Map 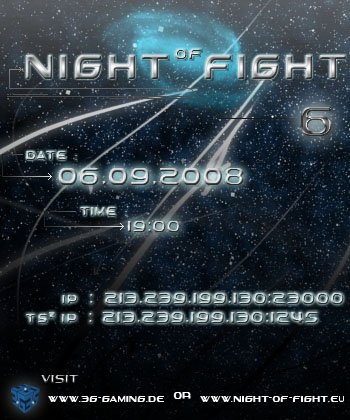 28.08.2008 : 13:51
Misfit Model 3D is an OpenGL-based 3D model editor that works with triangle-based models. It supports multi-level undo, skeletal animations, simple texturing, command-line batch processing, and a plugin system for adding new model and image filters. Complete online help is included. The primary design goal is to be easy to use.

Misfit Model 3D was written and tested on Linux (2.4 and 2.6 kernels) and has been compiled and tested on most major Linux distributions. It is also known to run on FreeBSD, Windows XP/2000, and Mac OS X (experimental).ailmanki in the SplashDamamge Forum 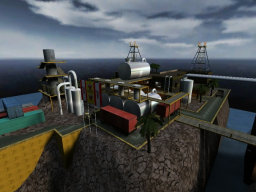 ~ Download ~
The oil prices these days are really crazy and the prices are getting higher and higher for the oil. So we're gonna stop it in this map. Attack the oil platform and the oil factory and show them how we feel about it. Enemy-Territory.at
| Servers running this Map 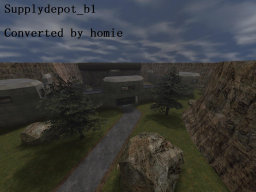 ~ Download ~
A medium sized map designed for competition and public play. Converted from ET to RtCW by Homie. RtCW4ever!

This mini-mod replaces the medpacks with Pizza Margarita. Buon Appetito!

~ Download ~
The map requires the GDF to capture 3 forward spawns that act like checkpoints across the map (once one is captured the next one is enabled tec), before the last objective - planting a HE charge on some gas cylinders is made available. Community Enemy Territory
| Servers running this Map

~ Download ~
GDF have recently gained intelligence that the Strogg have begun work on an Enhanced Railgun (ER) project in a old parcel depot in the deserted English village of Stonybridge. The GDF must break into the depot and steal the ER documents and transmit the data to high command before the Strogg can develop the weapon to devastating effect. If GDF can learn from the railgun technology it could help turn the tide of the war. Community Enemy Territory
| Servers running this Map