Crosshairs with exactly one pixel in the center... made with 33px fields.
~ZerHaKKeR

19.02.2008 : 13:26
I dont like weaponspread because its a random luck if you hit or die ... So if you want to compete against each other, the less the weaponspread the more its you own skill ... This is a virtual game of competition, so there are no arguments like uhm no weapon has no recoil and is always hiting targets in that range...
This mod is under the Law: SKILL makes the KILL
~ZerHaKKeR 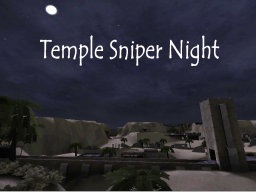 ~ Download ~
Axis snipers have been deployed near a desert canyon. The Allies must send a crack team of snipers to defeat them. This map is designed for Jaymod Sniper War only! sl.Rippchen via ICQ
| Servers running this Map 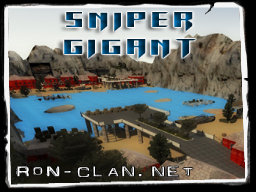 ~ Download ~
The RoN Clan | Realm of Napalm presents it's fifth map named RoN Sniper Gigant. The scenario of this sniper-map is an introspective harbor-city. Developer of the map is ex-member Conflict. Major/minor changes and bugfixes made by #RoN.et'cl4ym4n? cl4ym4n via PM
| [RoN] Clan

Again a new skinpack for the Axis. Looks better ingame as on the screenshots. Did my best to make it bugfree. If you're a skinner, please refer to the .shader for further information.

~ Download ~
This map is one of the most played 1v1 scenarios in the original team-based game Return to Castle Wolfenstein (RtCW). It was built originally by Reyalp, and its code (which is available somewhere) helped lots of newbies in RtCW mapping. The scenario has been rebuilt from scratch. I dont know yet if it is still a good reproduction that scales correctly the dynamics of the original map to this game. I have not put too much attention to the details, and consequently, the map is not very beautiful. However, I have put my efforts into the script coding and the functionality of the map. ~juniper Resistance Squad RtCW

07.02.2008 : 22:29
ETScript is a script editor designed specifically for Wolfenstein: Enemy Territory map scripts. Usually, map scripts are written in simple programs like Notepad, with very little extra features or help available to you. ETScript is different. It has all the features Notepad has, such as normal copy/pasting, Find/Replace/Goto dialogs, the usual Open/Save file dialogs etc etc etc, but along with them, it also has a TON of very helpful features, specially for W:ET. ~Flippy 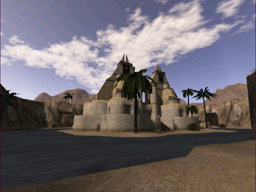 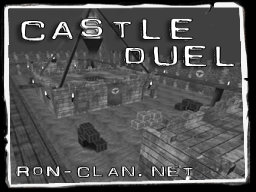 ~ Download ~
The RoN Clan | Realm of Napalm presents it's fourth map named RoN Castle Duel Final. The map has been developed for duels (1vs1), but also can be used for matches with up to 12 players (6vs6).
Developer of the map is #RoN.et'ScorpioN?.
Great for the small massacre in between... 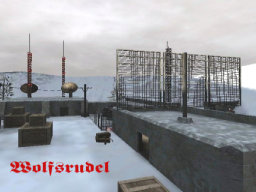 ~ Download ~
April, 1940, the allied troops have found a radar base near the city of Narvik. The German Submarines in the North Atlantic seem to be commanded by this base and to be supplied with orders. The Mobile Emitters must be stolen and the Main radiomast destroy. The Axis troops shouldn´t be able to send new orders to their submarines.

Changes to the previous versions:

04.02.2008 : 18:42
Dutchmeat and Apologet wrote a QMM Plugin which easily allows Serveradmins to change the behavior of the Server by Scriptfile.

QMM is a hook to the Quake3 Engine and is available for many Q3 Engine based games.

At the moment gmScripgMod is only for Enemy Territory, but can be attached to ALL ET Mods.
We successfully tested it with TCE, Etpro and Etpub and it works quite nice with all of them.Apologet via PM

10.02.2008 : 14:03
After many tests and client/game crashes, the ETQWPro team released the 0.02 version of their competition-mod. This new version fixes some crashing issues of 0.01. The team is working hard on this mod and we are sure that in a short time the community will have what it is searching for.
All the mod is structured for the competition side of QuakeWars and introduces unique features and many fixes to gameplay.

04.02.2008 : 17:35
This tool allows you to easily create simple materials for idtech4 games (Doom 3, Quake 4, Prey, ET:QW, etc). You do not require ET:QW or anything other than the .tga files required to make your material! The .net frame work is required and needed for the program to run. You can browse trough your tga files (you don't have to type anything).

Source code is included. If you can program in vb .net please add to it because the author has reached the limit of his abilities.QuakeWars Files

04.02.2008 : 17:28
With this launcher application, you can set launch options (disable intro, load mods, connect to server, etc.), and run the game.
You can also save your settings to profiles and save your favorite server list.

"The 1.4 update was all about making it easier for new players to find their way into Enemy Territory: QUAKE Wars and we've seen some great feedback regarding the spanking new training mode in particular. If you haven't tried the new demo yet, now's the time!

With 1.4 out of the way, we are currently working on the next game update, and breaking with all known naming and moral conventions, we were thinking of code-naming it "1.5". This is going to be a smaller release and fix the remaining issues that cropped up in 1.4, such as ranks not being displayed correctly and Personal Bests being tracked on a per-campaign basis rather than globally (those two issues are actually related).

More immediately - and perhaps a bit more exciting - we are also wrapping up work on our competition mod. If you're not familiar with it, the main purpose of the mod is allow tournament organizers to easily implement and enforce specific rulesets. To that extent, we've stuffed quite a lot of cvar customization options in there and creating a new ruleset is as simple as putting the values you'd like to adjust in a config file on your server.

Barring any major international incidents, the beta will be released to the community at large within the coming days. We are hoping to squash any remaining stability issues and major bugs you might come across, so that the final version of the competition mod is in as a good a shape as it can be. To help out mod makers, we are also releasing the full competition mod source code at the same time as the beta  that way you can use bits and pieces of it in your own project, or add your own features to it.

With the technicalities out of the way, let's take a look at the major features of the mod:

Please note that this is by no means a complete list. Additionally, we've got a couple more things planned for the final release that didn't make it into the beta - we'll include these in Known Issues form when the Beta is released.

To make the competition mod as easy to use as possible, we are currently documenting all of the relevant cvars and topping them off with a quick how-to guide  look for the whole affair to end up deliciously formatted in the Splash Damage Wiki." Community Enemy Territory

Small, medium and large versions. Since they are ASE models, you can edit the files in a text editor to change the materials (texture/shader path) to whatever you like. Textures included (but not setup in the ASE files) ~RayBan

PB released a new update which it will not update for ET automatically. Here a explaination how you can update it.

You will need to add Wolfenstein Enemy Territory to the list of games. If it is red when you add it, you will need to click "Check for Updates".
This should solve the problem.Flame Guards

A test map showing an airdropped objective with an animated parachute for Wolfenstein: Enemy Territory. ~RayBan

26.01.2008 : 16:36
I would like to submit the community a small package I have prepared for my clan and teammate... Have you ever thinked about how difficult is sometimes explaining your teammates where you are or where they should go? ok you have the limbo, but it's dangerous to call it while you're running in the middle of a battle, you have command map, but that's really too small sometimes.... so... I thought.. why not having a printable copy of the limbo maps , completed with an encoded grid like in chess games, with all the most important info's like spawnpoint, tanks, bridges etc...? because no one has done it.. up to now.. So try this package of pdf maps and tell me what do you think about it! ~mauix

Maps included in the package:

Drop the exe into the folder with your md3 files, and double click on it. It will load all md3 files, and output a tag file for each of them.
~[SD]digibob

Q3Font is a tool to create the font files used by Q3 1.25+ based games. A font exist from a number of tga's, called fontImage_#_[size].tga and a fontImage_[size].dat file. (Unless createex is used, in whichcase 'fontImage' is replaced by the fonts name.)
~[SD]RR2DO2

To convert .mds to .mdm use this tool:

26.01.2008 : 12:50
Inspired by Mordenkainen's excellent start tutorial, I've made a little app to create the necessary files to make a new map. It requires .NET 2 framework to run.
The About box contains links to Mordenkainen and Sebultura's tutorial posts in this forum.
~[TFA]Violator

Prefab of a Guard Building. Made by BlitZ (89BlitZ)

07.02.2008 : 23:19
Pigmod is a competition mod for EnemyTerritory Quake Wars. The goal of Pigmod is to implement cvars to control what players are able to do according to the rules of ETQW leagues. It's goal is not to adjust core gameplay elements(run speed, weapon spread, weapon damage, etc). The mod will include some client side features in order to give feedback to the players.

This server viewer will bring the follwoing features:

ET Console Master is a tool which provides the following functions: Define up to 64000 own commands or texts to send it to ET and ET:QW (so you will be able to define own command strings for AdminMod, Console...).

Sonyfan from our Partnerpage SplatterLadder announced at the official community forum, that they due to the teamwork with Splash Damage , got their own Ranking and Rating System for ET:QW on splatterladder.com. The Ranking includes all server, so the unranked-server-datas are also collected.

You find more information in the accordant thread in the community forum. 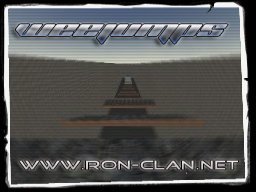 ~ Download ~
The RoN Clan | Realm of Napalm presents it's third Map named RoN Weejumps. This time a Trickjumpmap made by [RoN]WeeMan. The Map offers a few Funjumps, Beginnergammas and Gammas of medium difficulty. For Beginners and Advanced Players usable.
Bonus: reach the End of the Map to unlock the Funroom. Here are a few Minigames like an invisible Maze and many more. Jigsaw via E-Mail
| Servers running this Map