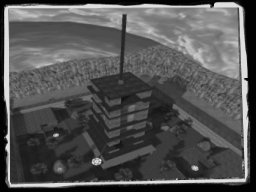 ~ Download ~
Allies and Axis battle to control the roof of a tower. Why? Who knows?!

Scoring is as follows: The team scores one point per second for each player on the roof. Scoring is doubled at the tip of the antenna. An annunciator sounds every 10 points, and each team has a unique sound.

The current score for each team is displayed at two corners of the map - first team to 500 points wins... this can happen faster than you think!SplashDamage
| Bulletbait 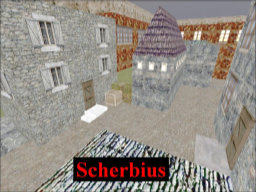 ~ Download ~
A prototype code machine - the Scherbius device - has been developed by the Axis which would render Allied codebreaking efforts useless. The Allies must secure the prototype. PW.com
| ET-Stuff 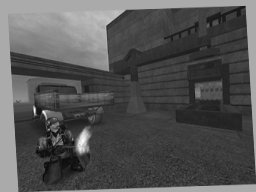 ~ Download ~
The Axis depot was captured by Allies Force. Axis have to go back and take their secret box to escape. SplashDamage
| Servers running this Map 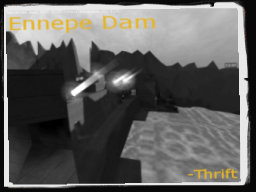 ~ Download ~
Allies must destroy the Axis Anti-Aircraft guns and radio in arial support to destroy the dam. SplashDamage
| Servers running this Map

~ Download ~
Allied Intelligence have discovered a weapon research bunker outside of the town of Braundorf. It is the Allies mission to blow up the gas and electricity control systems, causing overloads which will destroy the facility. RtCW4ever

If anyone wants to give it a try, I've uploaded the config files I made for making Valley a dark, night time map. WARNING: Lots of lights will be spawned with lights1.cfg, may effect performance, especially inside large buildings near Main Outpost.

Has to be done on a local computer, can't get it to work on a server. Just select "Play Computer", start the game, open the console, and type "exec lights1.cfg"

NOTE: It will also spawn 3 extra base defense guns, a radar inside the building behind the Titan at the first GDF spawnpoint, and a psi radar above the tunnel entrance, just for giggles. That's because it real hard to see the Tormentor when it comes in on a dark map.

I've also included the files to light the separate areas of the maps, if the lights1.cfg is too intense for your computer to handle.

A readme is enclosed explaining which cfg lights which area. You exec them the same way as described above, but substitute the individual area cfg filenames (lightsa.cfg, lightsb.cfg, etc). You can light up the map one area at a time this way. Lightsa.cfg has the extra defense guns and radar spawns in it.

Enjoy. Not responsible if you get lost in the dark, though! 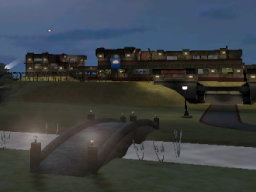 ~ Download ~
So now it's about time for a serious snipermap. After all those funmaps it had to come to this. 2 Bunkers this time surrounded by a fence so it looks like a prison. The way to cross is there there is a nice looking terrain in the middle for nice crossing. A little river is made for a bit cover. Sometimes crossing is fun but it must go on a hard way. Lots of clip adjustments were made so you can only get in the bunker through the gates, and it will trigger an alarm as usual.
The map is a bit of an conversion of RtCW UFO map. I hope the maker of that map don't mind that I took some parts of the building he made. Lot's of brushes adjustments I had to make to make this map run under a good fps. I think the map looks really cool with the rain in it. I also spend much time on lightning but now im really satisfied about that , The yellow light's I putted in give the map really good feeling. As usual the are a lot of sounds in the map someone specifictly asked for the owl sound so it's in between the trees. The thunder give the map realism. Well as usual I hope everyone likes the map, have fun with it, then my time is well spend. ET-Stuff | PW.com
| [UJE]Clan

21.09.2007 : 15:04
Game Oracle is an extensible host application designed for PC gamers. It provides an environment for custom extensions that give gamers the features they need and want. Out of the box, Game Oracle provides a Server Browser extension that allows gamers to browse and manage their games and servers. The powerful and customizable View system provides an easy way to see and filter your servers.
Because Game Oracle is an open-source project, I hope that it will find other developers that will help it mature into a solid application with the latest features that gamers look for.

This version is a working version, and currently supports two games: Battlefield 2 (BF2) and Enemy Territory: Quake Wars (ETQW). You should be able to add/remove servers and get server lists for ET:QW. You should also be able to set account names and server passwords and join servers.|FaL|RollerCoaster

"QuakeConnect" is a small program for Windows, with which one can read the Ingame-Console of a any game , based on the Quake3-Engine. Only the name of the console window is needed. Furthermore you can send commands onto the console and extract certain lines with defined contents. ~root. 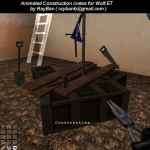 These models are ones I released before, but not for doing constructions, I have reworked the models somewhat and they can now be used when you make any constructible that you want crates for. Basicly when an engineer starts the construction, the tools on the crates will start to work until the construction is built, or times out (decayed). These models are just for eye candy, they don't do much but are more intresting to watch than the stock ones. For new maps only, they will not replace the stock crates in precompiled maps. ~RayBan 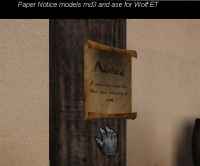 Paper Notice models, these are just misc_models and one is used in the anim_con_crates.bsp included in the test map above. 6 models total, based off 2 models. 2 are ase models that you can edit to have your own image of a notice.

[DooC] Dudes out of Control

ET:QW Demo under Linux with WINE

--> ET:QW Demo under Linux with WINE

16.09.2007 : 22:05
For those of you who want to start a QuakeWars server on Linux and just dont know how to, or where to start, I made a complete guide to have the job done. I'm a complete noob on Linux and worked a complete day to figure stuff out. There is just not so much information for this. So I like to help ya all out here and save you the troubles I had. I know there are maby other ways to do the job, but when you use my FAQ and files, your server will be up and running in notime.

So go to the site: QuakeWarsLinuxServerSetupFAQ
I hope that I could help my fellow gamers.

16.09.2007 : 21:27
If you have problems with server connection, this can be your version. It fixes some issues with server list and give more help if connection fail. If you still have problems, check server.cfg in program dir. Also now its possible to load a local configuration.

16.09.2007 : 02:25
A very useful demo playback config made by Joe999. Using this, you can change the playback speed, the camera speed, you can move anywhere in the map, and you can take High quality screenshots, while playing back a demo file.

16.09.2007 : 02:05
Enemy Territory Server Viewer (ETSV) is a lightweight software to easy browse your favorite or generic internet game servers without starting "Wolfenstein: Enemy Territory" or "Enemy Territory: Quake Wars". And with an instant click away to join the selected server. ETSV also supports features such as minimizing and keep track of your buddies where they are playing.

Note:
Since the release of ETQW Demo, SD guys have changed the URL for the ETQW Demo servers. To get the latest version of the serverlist for ETQW Demo. Go to options of ETSV and then select ETQW game and change master server ip to following:
http://etqwdemo-ipgetter.demonware.net/ipgetter/|FaL|RollerCoaster
| cleandesperado

15.09.2007 : 14:21
A bobot is a robot (bot), a virtual player directed by a computer. Bots will never replace human players, but you can train with them or against them or even add them to your server.

Bobots are realistic bots. They try to copy the human behavior and the human navigation. Bobot really thinks. Like a human player, bobot can do stupid and good things. It is not necessary that the bots are too perfect. They should not behave like robots without defects. 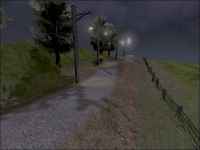 12 foliage models that cover almost all the plants_sd and stock grass textures plus 12 of the same models that have waving grass. so 24 total. 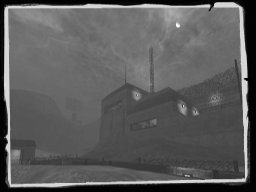 ~ Download ~
The mighty Axis have stolen the Secret Wodanfire Documents from the Allies. The Axis must protect the Documents from Allied attempts to recover them. SplatterLadder
| Wodanfire 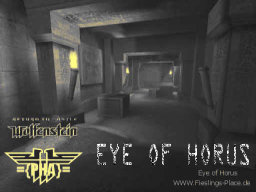 ~ Download ~
Axis have assaulted an old Egypt pyramid to get an artifact seeking the help from Horus, an old Egyptian god. Allied mission is to steal this artifact and bring it back to New York for further analysis.

Mappers Note:
This map is FPS Efficient everywhere. It has been heavily tested during 2 months on a 24 slots server. The gameplay is very balanced and the map is a lot of fun. you will not have time to get bored. Engineers and Covert ops are the most useful classes. Try it and you will not be disappointed.

These plug-ins extend Notepad++ for use in creating and editing Enemy Territory: Quake Wars Scripts, GUIs and Shaders.

"I've had a lot of friends in NZ ask me about Alt-Tabbing, and it's possible to use the etmin program that's around for Wolfenstein ET to work for ETQW. However, there's this app here that I made, based on some etmin code I found.

That runs in the system tray and gives you Alt-Tab access in ETQW - well, almost. It uses Alt+Q instead of Alt+Tab, and you must be at a menu (limbo menu doesn't count) for it to work. It correctly changes the resolution so if you play at a resolution that's different to your desktop then you'll get the right one (only if you use Alt+Q to get back into the game though). I do plan on fixing the quirks, but only if the final game ships without Alt+Tab working.

I just thought I'd share here too as I'm sure there's lots of other people irritated by the lack of Alt+Tabbing."

This is a small tweak utility for the game Enemy Territory Quake Wars BETA, BETA 2 and Demo.
You need the MS Visual Basic 6 Runtime Package to run this program.

This version should be run with the Demo of QuakeWars. Also it contains UI changes, faster refresh/apply of settings and can show ping to server.

Some people ask me for code to send rcon command to an QuakeWars server. I made a really simple program to communicate with a QW server on command line: Simple QuakeWars Rcon. It need .net 2.0 on Windows and mono on Linux to run. Maybe someone what use it with scripts. The source code is included.

Enemy Territory Server Viewer (ETSV) is a lightweight software to easy browse your favorite or generic internet game servers without starting the ET or any other ID Software titled games. And with an instant click away to join the selected server. ETSV also supports features such as minimizing and keep track of your buddies where they are playing.